An Insider Look Into the Future of On-Demand Warehousing 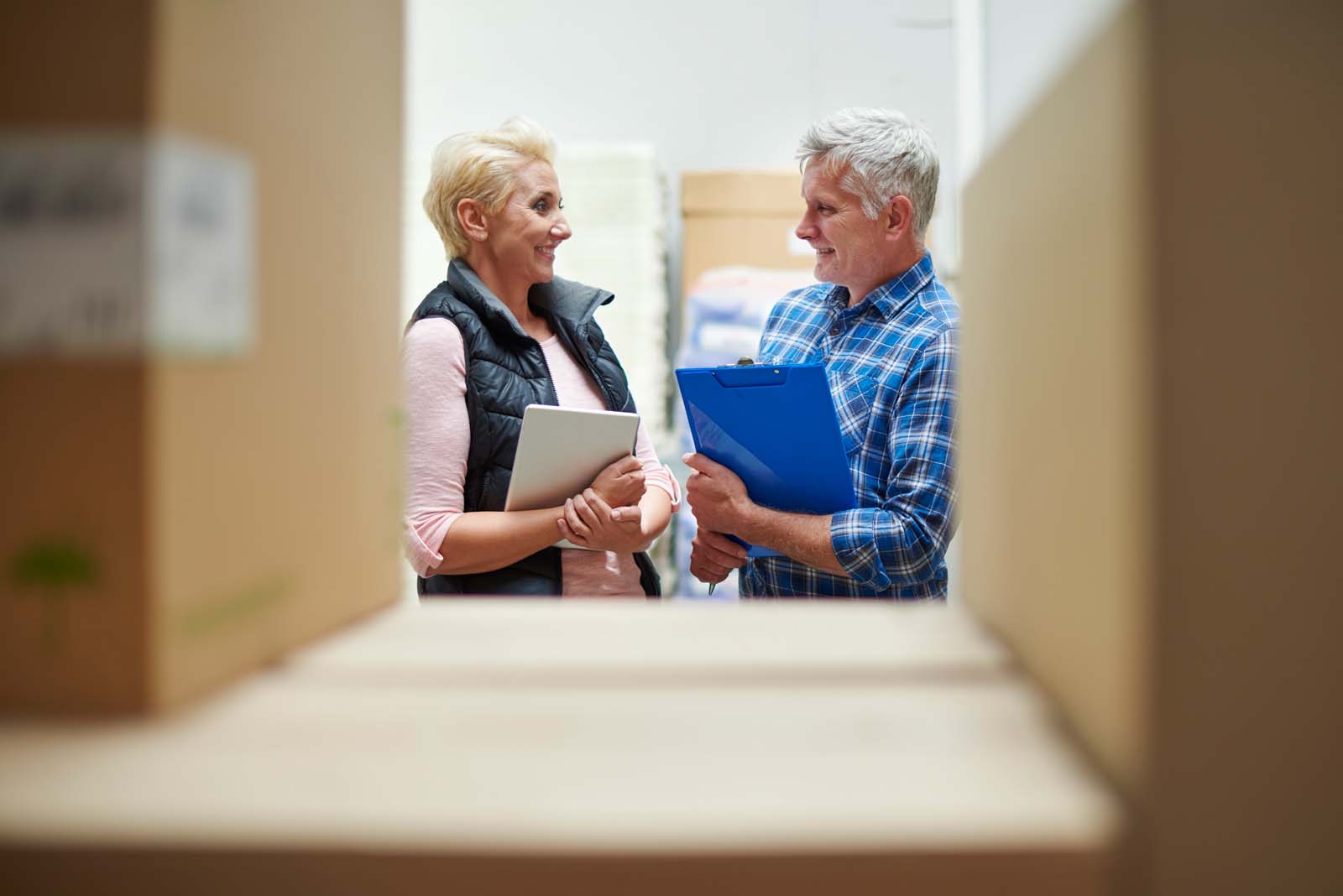 Are you curious about the future of on-demand warehousing?

On-demand warehousing has been on the rise ever since the advent of eCommerce shopping. warehouses have needed to find a way to keep up with a constant flow of products.

In the past, items moved from warehouse to store. Now, people expect can order any time from anywhere, placing increased stress on the shipping process.

This has led companies to develop on-demand warehousing.

But what is on-demand warehousing, and what is its future?

Read on to learn more.

What Is On-Demand Warehousing?

As mentioned above, on-demand warehousing rose to significance as the internet came into common use. Before, there was a rather predictable stream of sales. Warehousing was designed to direct items directly to stores. Businesses would store just enough to consistently stock their stores.

Of course, businesses also had catalog orders, but for the most part, goods were going to shops, not doorsteps.

In the early 2000s and 2010s, computers became households, accompanied by the internet. Online stores soon followed, and before long, people no longer had any limits on how much they could order, and they had access to a wider variety of brands.

Online orders didn’t go to stores, either. Instead, they went straight to the consumer’s home. This put a unique strain on warehousing. The system wasn’t designed for mass orders going to a million different places.

Companies began to realize the older model no longer served them. Their existing warehouses became overwhelmed. They needed something new.

The Future of On-Demand Warehousing

Although it’s a new concept, on-demand warehousing has become a buzzy part of eCommerce.

But the world of online retail is always changing. What is the future of this type of warehousing?

On one hand, people have to shop online, leading to an increase in online orders. On the other, times are tight, so some stores are suffering.

This allowed them to save money when they didn’t need the space while accomplishing their warehousing goals.

But will on-demand warehousing continue past COVID-19? It should. After all, once the economy has recovered from COVID-19, people will continue shopping at the 7.1 million stores online, even if some return to shopping in-person. This will once again put pressure on the stores to have increased warehouse space, which will drive them to the on-demand marketplace.

On-demand warehousing is on the rise.

It allows companies to use just the space they need, making sure they don’t waste money on space they don’t require. This appeals to companies who are trying to turn a profit and stay afloat during this difficult time.

Get The Latest In Logistics

Our monthly newsletter will keep you up to speed with all things logistics. 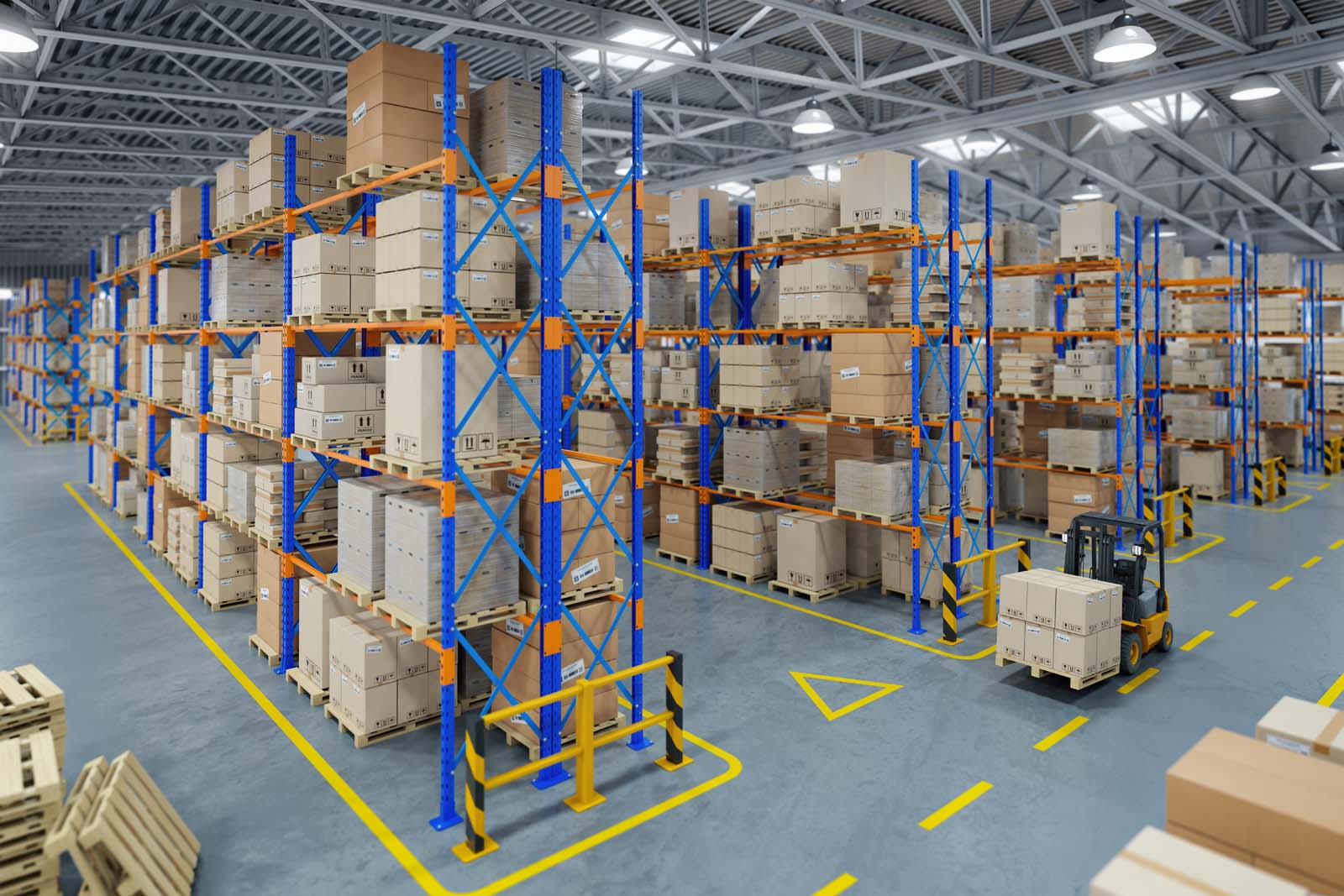 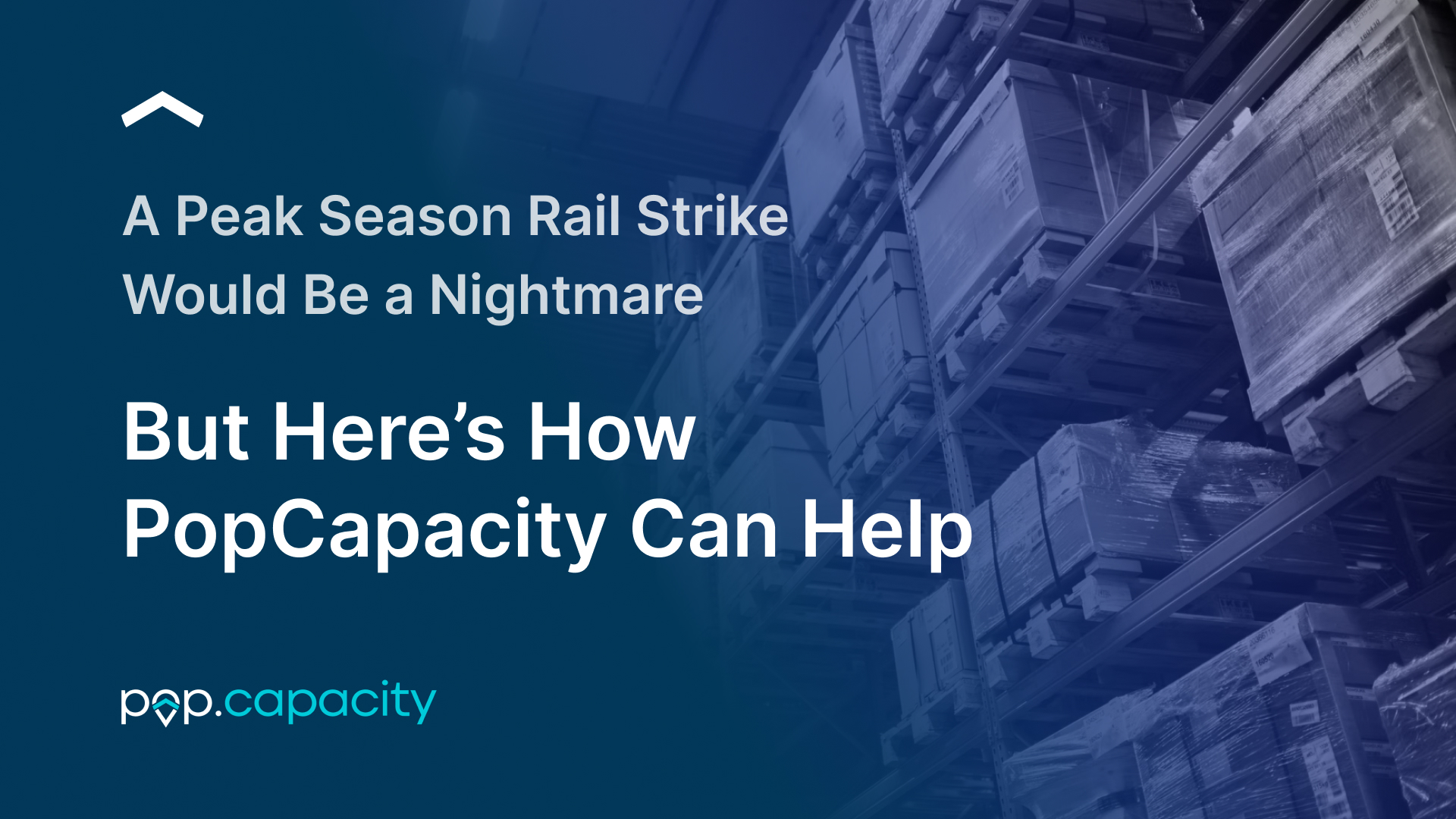 A Peak Season Rail Strike Would Be a Nightmare, But Here’s How pop.capacity Can Help 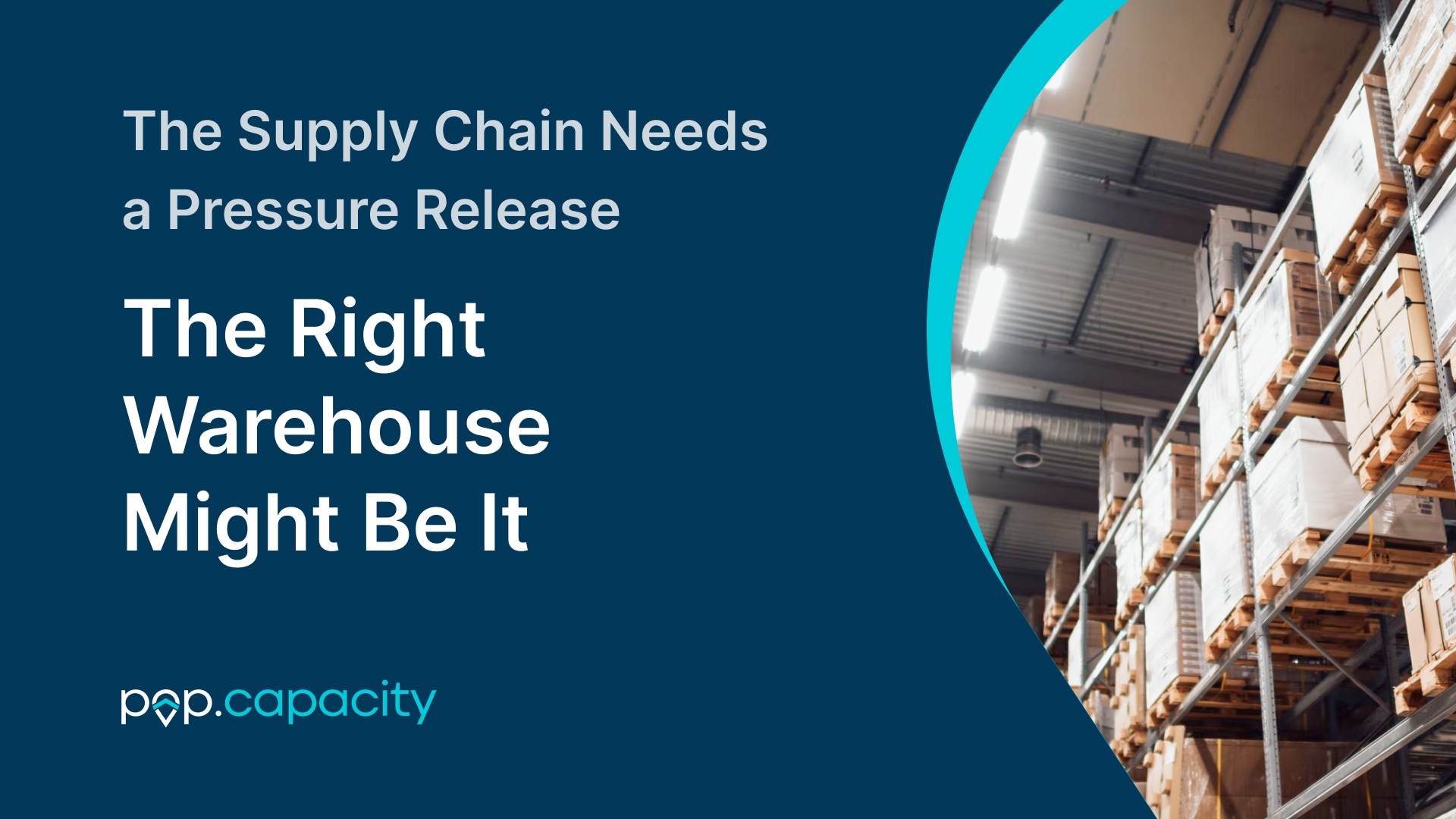 The Supply Chain Needs a Pressure Release, and the Right Warehouse Might Be It 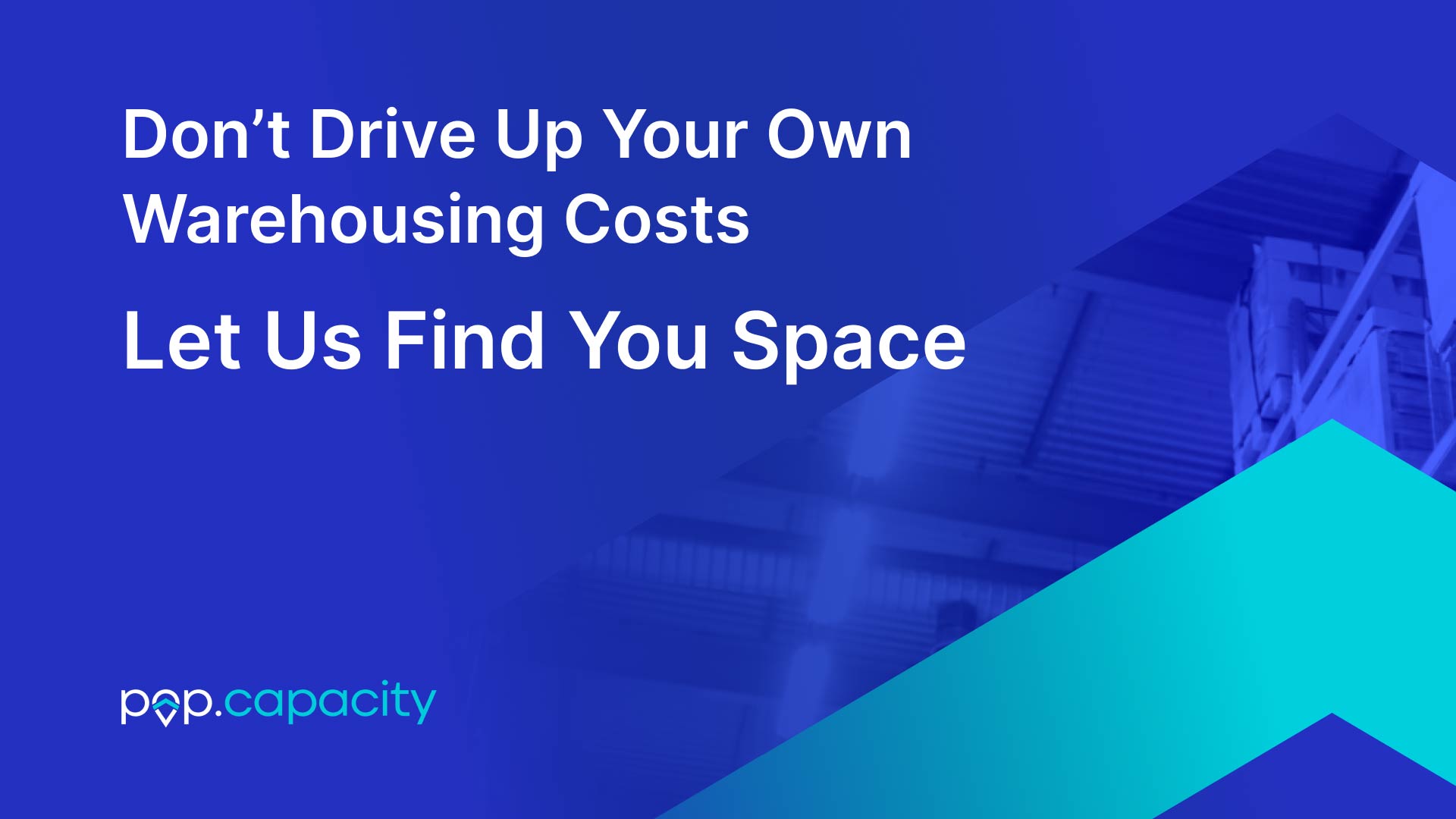 Don’t Drive Up Your Own Warehousing Costs; Let Us Find You Space